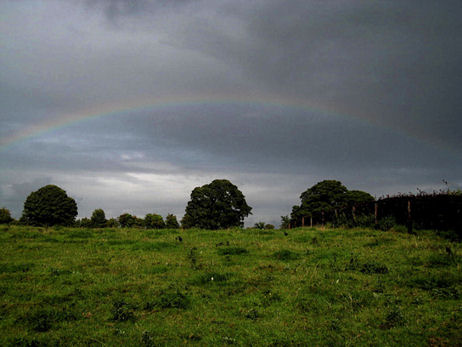 A friend died recently. He wasn’t a close friend, just someone I had known since we were in school together starting at age 6. Later on in our lives, we worked at the same company for a while, and even later, we were neighbors in a duplex quite by chance. He wasn’t a great neighbor (he was loud and always had people over at all hours), but he was a good guy and I enjoyed his company. He was one of the funniest people I’ve ever known. Always friendly, and oh, so funny!

So he’s gone now, and I find that I feel disproportionately bad about that. I have no idea how he died – he was only 55, and as far as I know he hadn’t been ill; I find myself just hoping it wasn’t suicide. I would hate to think of him so unhappy. I suppose I feel bad partly because he was my age and I hate to think of my own mortality this soon, but that’s not all of it. I feel sort of bad that we lost touch, but we were never that close, so it’s not that surprising. I’ve lost touch with people I was much closer to – that’s just the way it seems to go as people get older and lives and personalities age/change.

I think mostly I feel bad cuz he was one of the good ones, and now he’s gone. It doesn’t seem there are so many left that we can afford to lose any. He was a gentle and kind soul, with a little bit of a drinking problem and a great sense of humor. He was probably never going to make a mark on the world at large, but he made an impression on everyone he met, and the world is a little emptier without him. He had close friends and family, and he was here in a big way to those who knew him, and now he’s not here. Just that fast.

I suppose it will be that way for all of us, and it makes you think about what it’s all about and what you’re all about. Will I leave a mark? Will people not in my daily life mourn my passing? What kind of an impression will most people I’ve known be left with? I have a feeling it won’t be as good as the feeling Mike always left people with, and that makes me sad. I haven’t always been a particularly nice or friendly person, nor am I always now. Depression was responsible for some of that, but still, I probably could have been better.

I don’t want to live my life for other people, and mostly I don’t care what they think of me, except that I think I would like them to feel that I was at least kind. I would like them to be left with that memory. They can think whatever they want about the way I live my life, or the way I look, or anything about me, except that. If I drop dead tomorrow, I want someone to say about me the kinds of things I’ve been reading on Facebook about Mike.

So I realize I’ve just set myself a pretty good goal: Be Kind. Just that. I don’t know if I can achieve it, but now that I’ve identified its importance, I will try to be more mindful of it.